Reality Chatter Is Where It's At! 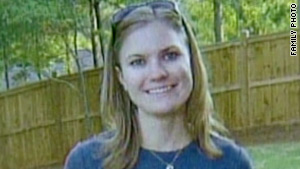 Meredith Emerson's admitted killer led authorities to her body in exchange for a life sentence.


Atlanta, Georgia (CNN) -- Photos of the nude and decapitated body of a murdered hiker, sought by a writer on assignment for Hustler magazine, will not be released, a judge in Georgia ordered Wednesday.

The decision came as state lawmakers considered legislation that would ban public release of graphic photos of crime victims. First Amendment lawyers say the legislation could have a chilling effect on open records requests.

DeKalb Superior Court Judge Daniel Coursey issued a temporary order restraining the Georgia Bureau of Investigation from releasing "any and all photographs, visual images or depictions of Meredith Emerson which show Emerson in an unclothed or dismembered state.

Emerson's family sought the order after learning of the request for copies of crime scene photos of the 24-year-old, attorney Lindsay Haigh said. Emerson's admitted killer, Gary Michael Hilton, received a life sentence in exchange for leading investigators to her body in the north Georgia mountains on January 7, 2008, six days after Emerson disappeared.

House Bill 1322 would prevent the release of photographs of the bodies of crime victims that are "nude, bruised, bloodied or in a broken state with open wounds, a state of dismemberment or decapitation," said Chambers.

"We have to walk the line between open record laws and the constitutional provisions that allow women to be able to be photographed nude or in pornography when they knowingly and willingly offer their bodies for dissemination," she said.

"Meredith isn't in a position to give that kind of permission to have her exploited in that kind of venue," Chambers said. "We're not only protecting future victims of crime, we're protecting the integrity of what happened to Meredith."

The bill allows credentialed journalists, lawyers and law enforcement to view such photographs at the Georgia Bureau of Investigation's headquarters, Chambers said, but not make copies of them.

Hustler did not respond to a request for comment on the judge's ruling except to say that it is exploring its legal options.

"Hustler is aware of the GBI's refusal to honor its reporter's request for copies of the Emerson crime scenes photos, which were to be used in a news story about this crime. Hustler and Mr. Flynt disagree with the GBI's position, and are currently exploring all legal options available to them should the decision be made to go forward with the story," the company said in an e-mail.

Members of the state Legislature were quick to condemn the request.

"I think that the request is sickening, disgusting, vile and I think it's very, very hurtful for this family," House Speaker David Ralston said in a Monday press conference.


Current statute prevents the release of autopsy photos without the permission of next of kin, but a "gray area" in the law left open the question of whether crime scene photos could be released, Ralston said.

"I am a big proponent of open government. This goes against the grain for me. But in this case, when you have these kind of photographs that depict victims of crime where there may have been sexual assault or mutilation of the body, I just think it goes beyond the pale," he said. "We're going to narrow it to those situations so we don't have this kind of situation again where we pause and wonder is this something we have to release or not."

"Meredith was a daughter, a friend and a mentor to many. She lived life to its fullest and was taken from us deliberately and maliciously," her family said on www.righttohikeinc.com, the charity Web site established in Emerson's memory.

"Her family and friends live everyday with this tragedy and to know that the possibility of any images, other than those that portray the beautiful, young woman we knew, could be disclosed to the public or may be published would bring further stress and unnecessarily added grief over what is already too much sadness to bear."

"There's no public interest served by these photographs being publicly displayed," he said. "The negative impact on surviving friends and family would be horrific. They had to go through this with the death so to have to go through it again with the pictures ending up on Internet would be incredible."

First Amendment lawyers are watching the outcome of this lawsuit and the bill.

"The photos are awful, but it's also awful to see pictures of people in wars, soldiers fighting or the victims of wars," said New York attorney Martin Garbus. "I don't think there should be any kind of censorship because of awfulness."

Garbus surmised that privacy laws could be applied in this instance but cautioned that even such laws could be considered limitation of free speech.

"I don't think you can make it into a narrow context. If you look at a picture of a Sudanese kid starving to death, or people dying in Haiti, those are invasions of privacy. Pictures of people alive in tortuous situations in some other country are just as bad as pictures of disfigured corpses in the United States."

For what purpose would a Hustler Magazine reporter want photos of Meredith's deceased body and the crime scene? That is grossly disturbing. I'm glad the judge denied the release and they agreed to pass "The Meredith Emerson Memorial Privacy Act."

There's no reason for Hustler to put those photos in their magazine. They should just drop the request and show some respect for Meredith's friends and family. 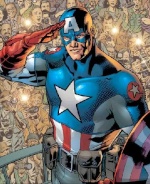 Shame on anyone trying to publish those photos, which belong in a sealed case closed file.
What a horrible time for the parents of this lovely woman.